The Tortuguero National Park is the most important area in the western caribbean for the green turtle nesting (Chelonia mydas), one of the main reasons for creating the park was the preservation of this reptile, moreover, in the northern caribbean beaches come to spawn four of the seven species of sea turtles in the world: hawksbill (Eretmochelys imbricata), the brown loggerhead (Caretta caretta) and the leatherback (Dermochelys coriacea), and furthermore the popular green turtle.

If there is a route where exuberant and immense nature embraces the visitor, where water is a green giant mirror and a fresh carpet that is mixed with the warm breeze, these are Tortuguero channels. However, it is only one of the entries to a national park with the most diverse environments and species of flora and fauna in the country. 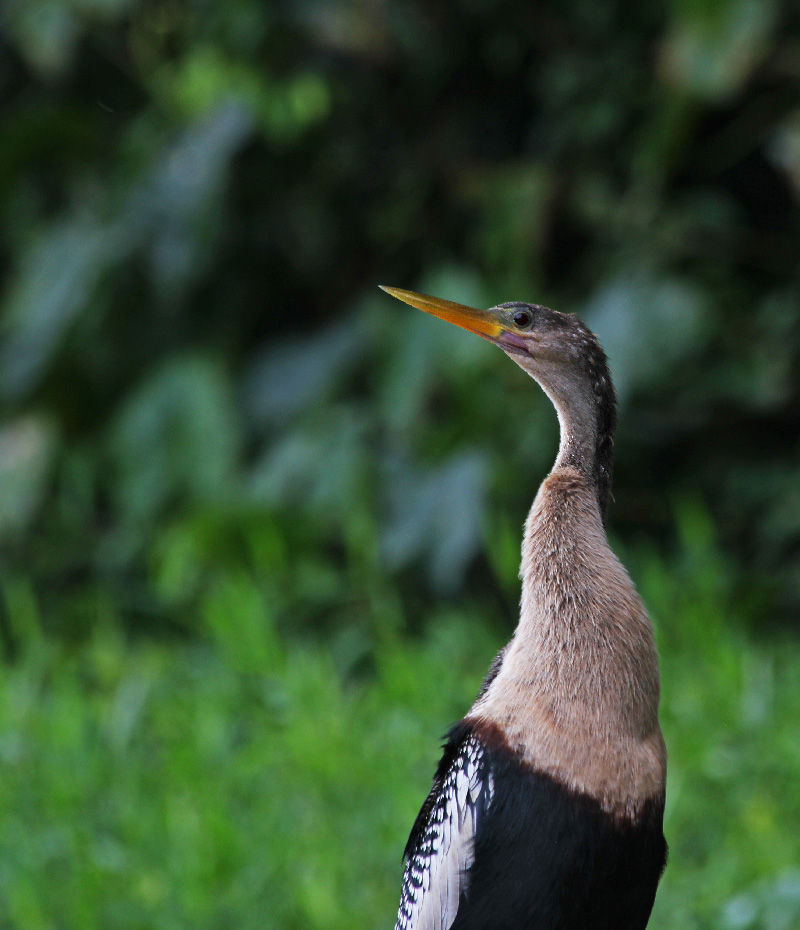 Tortuguero National Park was created in 1975 and is located in the country northern caribbean at 80 Km from Limón. It is considered the third most visited park in the country and presents the wetland feature of RAMSAR international importance. This covers an area of 26156 ha. (65390 acres) on the land and has approximately 50160 ha (125400 acres). In the marine part, its tropical rain forests are mostly primary and receives a precipitation of approximately 4500 a 6000 mm. per year, where there are species such as the jaguar, tapir, three-toed sloth, three of the four species of monkeys that are in the country, besides, staying manatees, crocodiles, gaspar fish, blue heron, northern jacana, among others. The full diversity of species is largely reflected in its inhabitants where approximately 400 species of trees reside, more than 2200 species of plants and over 405 species of birds; this is what makes Tortuguero a magical place to visit, where the relationship with nature will be one hundred percent harmonious and to your liking.